Working with Youth Doesnâ€™t Make You Less of a Man

In my 11- years of working with youth at camps, afterschool programs, and schools, I have always been part of a strangely underrepresented demographic – males.

To put in in perspective, at a previous youth development organization I was the only male staff member out of 20 employees. As an education major in college, less than 15% of my classmates were male (and the percentage was even less for elementary education majors). At many youth-focused training sessions that I attend and lead, it’s extremely rare for even 10% of the participants to be male, and often the classes are comprised entirely of females. While hiring staff for camps and after school programs, only about 1 in 12 resumes that I receive is from a male.

So why do I bring this up? Why is this an important topic? Because this is a global issue. Youth everywhere need more positive male role models in their lives, yet there simply aren’t enough men who want to be in that role. And we need that to change. 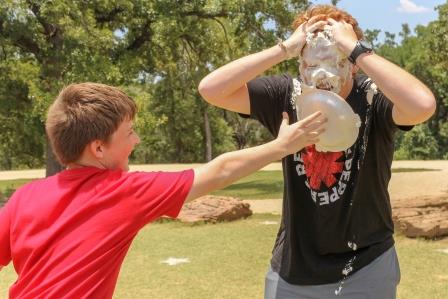 In this era where the topic of toxic masculinity is being discussed and where social skills and emotional intelligence are sharply declining, I believe that positive male role models are more important than ever. And there is data to back it up. According to the U.S. Census Bureau, “During the 1960-2016 period, the percentage of children living with only their mother nearly tripled from 8 to 23 percent” indicating fewer and fewer youth have positive male role models in their lives.

Schools, camps, and other youth development organizations should be the ones to help fill this gap and provide opportunities for youth to have male role models to teach youth these skills, yet many of these organizations simply cannot find male candidates willing to apply for these jobs.

Additionally, I recently received an email from an organization that helps camps find potential camp staff members, and this was the primary selling point in their email - “Currently, we have around 650 applicants on the site and about 50 males available.”

50% of the world is male, yet less than 8% of applicants are male, so what is going on here?

In that same survey of camp and afterschool professionals, I also asked them why they think this shortage exists, and a few potential contributing factors were identified, including:

While each of these reasons is a separate issue to be addressed, by far the most common contributing factor identified by professionals in the field is that child care has historically been viewed as a female responsibility and as a result, most men today don’t even consider the youth work field to be a legitimate career option. Most men still look down on the youth work field as something that is only for women, and societal norms sadly continue to reinforce this negative idea.

So why is this field of work still considered feminine? Why do men shy away from working with kids? What is it about these jobs that men are afraid of?

In order to answer those questions, I started looking at career fields that are traditionally considered “masculine” – jobs like construction, mechanics, public safety, and engineering – and tried to identify some commonalities in those professions.

When describing these “manly” careers, some of the words that most often come up are physical strength, bravery, and leadership. According to one research study on this topic, “Problem solving ability and working in harsh conditions were the biggest contributors to perceptions of job manliness.” 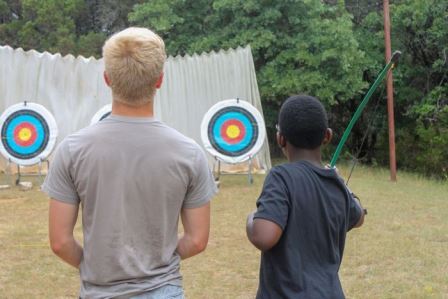 So if strength, bravery, leadership, problem solving and working in harsh conditions are what make a job “masculine,” then I would argue that working with kids is as “masculine” as a job can get.

It takes substantial physical strength and endurance to be able to lead a group of summer campers for 24 hours every day for 7 weeks straight.

It takes incredible bravery to teach a classroom of 25 kindergarteners.

It takes significant leadership skills to be able to successfully guide youth through an afternoon of after school activities.

And what about those two biggest contributors to perceived manliness – problem solving and harsh working conditions?

Working with kids is pretty much synonymous with problem solving. Literally dozens of problems can arise with a group of kids over the course of a single afternoon, and it takes an uncanny ability to think of your feet and problem solve in order to get through the day.

And as far as harsh working conditions go? Try spending 16 hours a day working with kids outside during a Texas summer, where the low temperature for the day is 98 degrees.

Men, be strong. Be brave. Be a leader, and don’t be afraid to work with kids.

Jacob Summer is the director of after school programs and El Tesoro camp director for Camp Fire First Texas. Jacob first began working with youth at the age of 17 as a day camp counselor in his hometown of Lafayette, Indiana. Since then, he has held multiple positions, including summer camp counselor, after school program staff member, camp and administrative director and summer camp site supervisor. Jacob also taught math for two years in a middle school and spent nine weeks teaching high school math in Kabula, Kenya. He holds a Master of Public Affairs with a concentration in nonprofit management from Indiana University, and a B.S. in Secondary Math Education from Indiana University.

Managing Holiday Stress. Yours and Your Children’s

Relax, You got this!

The Importance of Team Building

What Do I Do With What I Learned?

Stick Together as One